In Conversation with Antonio Celani

Dr. Antonio Celani is a Research Scientist at the Abdus Salam International Centre for Theoretical Physics (ICTP), Trieste, Italy. His research topics are at the interface of Fluid Dynamics, Biology and Artificial Intelligence. On his visit to ICTS, he spoke to Ipsita Herlekar about his work and the evolution of the ICTP-ICTS Winter School, of which he is an organizer.

Q: You are a trained physicist interested in thermodynamics and fluid dynamics, but there are a lot of biological components in the research that you carry out. How did this happen?

AC: Yes, I was trained as a physicist and then over the years I started to get interested in different organisms from bacteria to large ones like birds. Actually, on how they cope with fluid environments because they swim and fly. Larger organisms need to cope with turbulence, be it in water or in air, throughout their lives and they sometimes even exploit it. There is a rich variety of animal behaviours that rely on living in fluids, and fluids move and might disturb communication among individuals. But it can also help them in some cases. That is why I moved from one field to another.

Q: When and why did you start inclining more towards biology?

AC: It is a combination of facts. There was a basic interest in biological systems. So I was looking at biology  just out of curiosity. When I was studying turbulence, there was a lot of theoretical development going on, and the field was blooming. There were some new models that were put forward, and many theorists were exploring their application in other fields. They started to look into different problems and some of them were interfaces between fluids and engineering and fluids and chemistry. I was more interested in the interface between fluids and biology. That was what allowed me to move from my former lab in France, where I was working on fluid dynamics, to a lab in a biological institute where experiments could be done. In the past, I used to collaborate with biologists but now I am focused on more theoretical questions involving artificial intelligence and algorithms that do not need a wet lab to work in.

Q: How do you match your theoretical results to reality?

AC: When it comes to real behaviour it is not really possible to answer these kinds of questions by theory alone. But the idea behind my work is that one is inspired by some striking animal behaviour which seems to have been optimized by evolution of specific tasks. So, if there is a suspicion that this is the case, then the system lends itself to be formalized in mathematical language, as an optimal decision-making process. This allows us to bring in the whole machinery of mathematics, algorithms and machine learning,  allowing us to tackle the questions such as ‘How can one recapitulate the evolution process into a  learning process on the computer, that is able to mimic or explain how a particular  behaviour takes place?’. One can feed in conditions that are normally simplified. It is not always that we are able to represent all the complexities in the environment, but it is not necessary to do so either. For example,  we can come up with very simplified models of both the environment and the decision maker, in this case a bird, without all the details of the wings and feathers and all the neuroscience behind its behaviour, and then check whether the simplified model with all its limitations is able to learn the task that is presumed to exist in real biological systems. So if it is the  case,  which we hope is, then one can either go back to the biologist and say “we have been doing this theoretical version and we think that this particular set  of observations could be sufficient to model behaviour. Is that what birds do? Do birds measure wind accelerations? Because that is what our study suggests”. And the biologists can try to find out if the hypothesis is correct by experiments looking into the neuroscience or by observing behaviour. All such things are developing at an extremely fast rate. So now it is possible to track many physiological and behavioural observables on birds and animals. The other way is to take these results and spin off towards computational robotics. That’s the other side of the coin. For example, if a behaviour such like the soaring of birds could be represented as an algorithm, one could explore building airplanes that can use energy from the engine.  So rather than focusing on a particular biological process we try to model it with environmental factors and decision-making factors of the animal. We try to learn the process and come up with a more robust model and see from this high-level description how to go into the direction of robotics or collaborate with biologists.

Q: How do you take the results of your study ahead? Do you approach biologists or is it the other way around?

AC: That is a process that relies on communication. So, one has to broadcast their results and for me, until now there always has been a specific biologist who has picked up the idea and taken it forward. For example, I was in Latin America and a group of biologists studying condors- they are vulture-like birds that go high up in the sky and soar,  wanted to know if we could include decision making processes in our model. It involved trying to find a common ground, and questions that are of interest to them using methods that are of interest to us.

Q: How according to you have interdisciplinary subjects evolved over time?

AC: Interdisciplinarity has become a buzzword nowadays, so it’s really difficult to say anything deep and new about it.  I think that at the base of everything in life there lies curiosity, a very natural phenomenon. When you are curious about something, you want to understand it, and then the disciplinary barriers just don’t matter. And it is not difficult to perform in interdisciplinary research as long as you have a genuine interest in a key natural phenomenon that excites you. That is when you see opportunities. It might become complicated when interdisciplinarity is just sort of trying to combine things together because of some external pressure in that direction. It should emerge spontaneously.

At training levels, there are great opportunities and as well as great challenges for students. There is an increasing offer of courses, classes and schools, and they insist on providing students with different viewpoints. Schools like ours invite speakers who are biologists, physicists and engineers. But at the same time, it is important for students to have a solid background in mathematical/physics and quantitative sciences. That is why we call this school quantitative systems biology. Here, we approach biological problems with techniques, ideas and methods from physical sciences. And if one gets the right balance then it is helpful. But at the same time, it can be challenging for the students who come from qualitative backgrounds or even pure biology. But I think it is very important for them to cross this barrier and be able to use mathematics to describe a biological phenomenon.

Q: Tell us more about this winter school which is a collaboration between ICTP and ICTS.

AC: This school is actually a long-standing collaboration between ICTP and ICTS. Its first edition was in 2012. Every other year it takes place here in Bangalore. Last year it was held in Trieste (Italy) and it was on neuroscience and Artificial Intelligence. Again, mixing different expertise. This year we have a conference on morphogenesis development and biomechanics and next year it will be on ecosystems ecology. Ecology has had a long tradition in mathematics, but now there are many many techniques from physics that are coming into the game. So, there is a lot of data on biodiversity and about microbial communities. It has reached a state of systems ecology and is a very interesting subject.

Q: Share with us your experience of being associated with ICTS.

AC:  I come to ICTS every other year for the School. I have been actually lucky enough to follow ICTS since its transition from its IISc campus to here. I am very proud that our School has been somewhat of a pilot experiment. In fact, our School was the first event to be held on the new campus, when the construction was still going on. It has been growing in a wonderful way and has set an example of scientific cooperation. ICTS initially took inspiration from ICTP, but now it has found a path of its own. There are very brilliant faculty here. The kind of activities they organize besides our School is really top level. So, I think it is an experiment that has been very successful.

Q: How has the response of student participation in the School changed since it first began?

AC: It is increasingly becoming more international. Especially the editions conducted here at ICTS. So, for this year (2019) we not only had a large fraction of students from India but also from many more countries from all over the world. We also have been able to attract funding for the school. Vijay Krishnamurthy (ICTS, Bengaluru) and Sanjay Jain (University of Delhi, New Delhi) have been able to collect funds to support students, both to come here and for students to go to ICTP. I have seen this school evolving from a very nice idea to begin with, to a full-fledged program that involves students from many different countries. It is so wonderful. 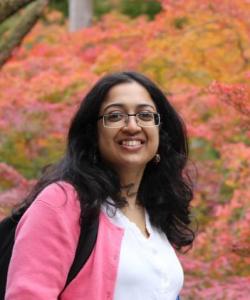