In Conversation with Jochen Rink

Dr. Jochen Rink, Director at the Max Planck Institute for Biophysical Chemistry, Gottingen, Germany, uses interdisciplinary research to study the evolution of regeneration in planarians. On his visit to ICTS as a speaker at the ICTP-ICTS Winter School in Quantitative Biology, he spoke to Ipsita Herlekar about his work and explained why planarians make such interesting model organisms.

Q: Tell us about your research on planarians? What about them do you study?

JR: Essentially, the process that we are studying in our model system is the remarkable ability of planarians to convert any random piece of tissue back into a complete animal. So, this is the focus or the guiding thread of our research.  It touches multiple important biological component problems under the general heading of self-organizational biological systems.

The regenerative powers of planarians rely on pluri-potent stem cells, which can make all cells in the planarian body. They are like the embryonic cells in us (humans), except in planarians these very special cells persist throughout adulthood.  In humans and many other organisms, pluri-potent cells disappear in very early stages of embryogenesis and what is left in adults are multi-potent stem cells. This means that for example a blood stem cell can only make other blood cell types.  Planarians are completely different, because there is only one type of stem cell and it can make everything. To biologists this raises a whole bunch of interesting questions under the general heading of  ‘How does the stem cell know what to make?’. For example, ‘why do stem cells in the tail not make eyes, even though they could?’. Clearly, there must be something that tells these stem cells where they are located within the animal, in order produce the right cells in the right place. But if I chop a piece of the tail, in which the resident stem cells have until now been making only tail tissue, they have to start making head tissues during the course of regeneration. So the ‘something’ that tells stem cells what to do also has to be capable of regenerating. So, what is this ‘something’ and how does it work? 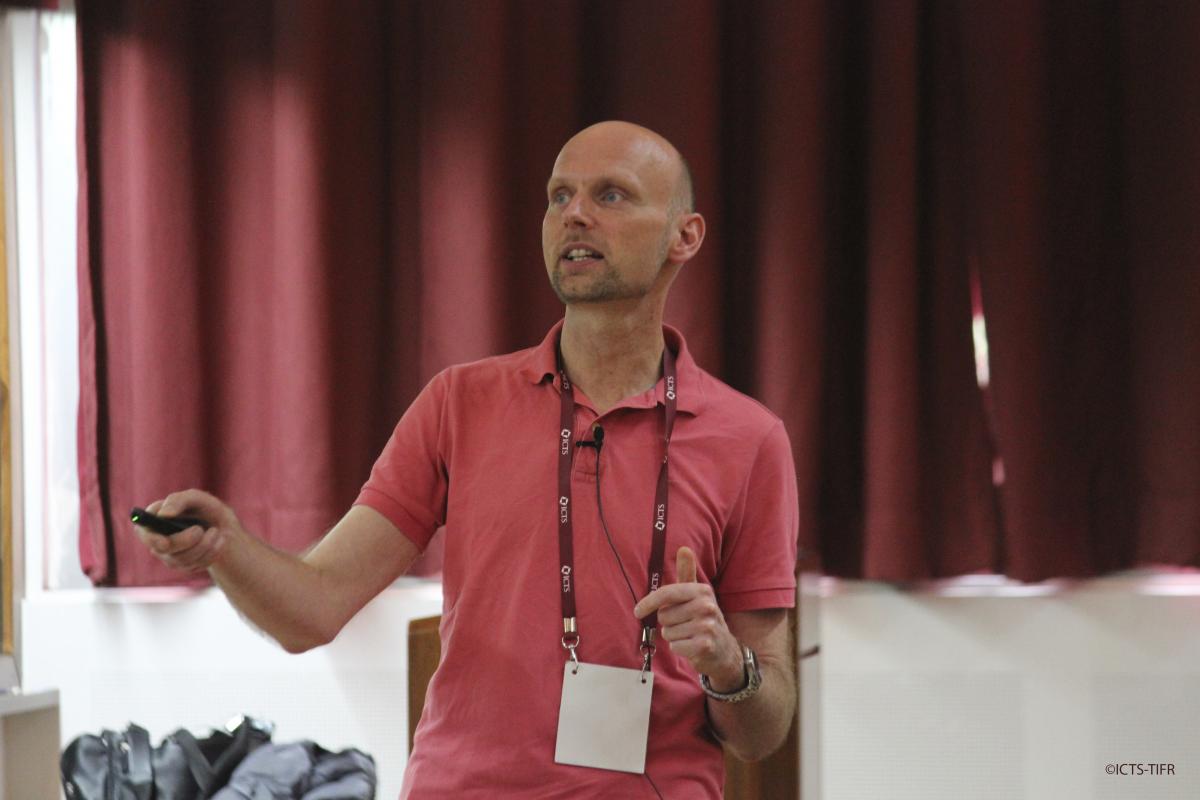 Q: That’s so very interesting. So, is there a specific molecular process in the planarians that interests you?

JR: In general we are studying the entire process per say and we are asking questions on the kind of molecular mechanisms that contribute. However, molecular biology in planarians is a comparatively young field. So, there is simply less known about planarians than fruit flies.  This means that very often we have to start at seemingly simple questions that have been answered in other model organisms around 20-30 years ago.

Q:  Why do you choose to work with a model system about which so little is known?

When you feed a planarian, it grows tremendously, but if you starve it, it literally reverses growth. This gives us experimentalists a system to study size as an experimental variable, where we don’t have to worry about aging of the animal. For example, if you compare a small young mouse with a large old mouse, you will find lots of differences that have to do with the difference in age, but not in size. Whereas, in planarians, we can make the assumption that we can isolate size as an experimental variable and therefore directly study the influence of size on physiology. 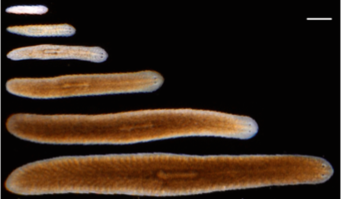 The fourth and the final reason that makes planarians very interesting is that there is a huge diversity of planarians on this planet. Practically every freshwater body holds planarians and there are planarians that live on land or in the sea. What makes the large number of species so interesting is that they show a wide variety of phenotypic abilities or physical traits. For example, some planarians can regenerate while others cannot. For experimentalists this is again a fascinating research opportunity to compare the species that regenerate with the species that cannot and thus to find out what it takes for planarians to regenerate. Or another interesting question to ask, ‘Why does one species regenerate and another doesn’t?’. Traditional model system research cannot answer questions such as these. If you look at an animal that is isolated from its natural environment in a laboratory flask and has been grown in an artificial environment for many generations, you simply cannot study how the traits came about that now characterize the animal. One needs to look at the bigger picture which requires asking questions on how the species lives in its natural environment and the forces that shape its evolution. This is an area I find extremely interesting and an area we hope to get into with our wild planarians.

We catch many of our planarians from the wild. In fact, the planarian model species that most labs work on was picked up from a well in Barcelona. One individual was picked and was cut, cut, cut and everyone now works on the descendants of this one animal. They all are clones. But on top of that, to get wild planarians we do quite a bit of field work. We travel to places where we know there is a high density of planarians, collect them and bring them back. In the lab, we have around 50 different planarian species in culture and now we are doing genome sequencing for them, so to be able to investigate questions at a molecular level.

So in general, what my lab tries to do is to on the one hand study molecular mechanisms in the planarian model species and on the other hand, we look at wild species to understand how mechanisms change in evolution.

Q: How long does it take for a single part of a planarian individual to grow back to a whole one again?

JR: This depends upon the species, but in the Barcelona species that we work with, it takes about two weeks to regenerate a complete worm. To grow back to its maximal body size requires about 4-5 months- that is if you go from the smallest piece and feed it continuously two or three times a week. And provided that it has regenerated a head. It needs to make a head first as it requires it for feeding.

Q: How does it get the resources to grow a head? Do you wait until it grows a head before you start feeding it?

JR: Yes.  If you put food in the dish before the head grows, then nothing happens. The initial stages of regeneration are powered by internal reserves. They help

the animal to get to a stage where it can eat again and build up reserves.

Q: Your research sounds to be interdisciplinary. Which fields of science are involved?

JR: I am a cell biologist by training. But for the last couple of years my team has been incorporating a lot of theory collaborations. I generally see biology as a systems challenge and to understand it at the systems level, theory is necessary. For field work we integrate a lot of taxonomy. So, when we collect an animal from the wild, it often is a new species and there is a need to describe it. We are also beginning to look into ecology in relation to the interaction of the species with its environment. And then we do genome sequencing and bioinformatics and study problems of genome assembly.  We also develop imaging techniques. So, our research is indeed fairly interdisciplinary. Our team has specialists in genome sequencing and a taxonomist. But for theory we collaborate with other labs. For example, students from a theory lab will be shared with my lab and I supervise the experimental aspects and the theory PI supervises the theory aspect.

Q: What is the big picture of your research? For example, many of the zebrafish studies are directed at studying retinal abnormalities and later extrapolated to humans. Does your research have any such goals?

JR: I am in a lucky and fortunate position. I can do basic research for the sake of basic research and it is a freedom that I happily embrace. We are trying to answer very fundamental questions such as, ‘What encodes shape in biological systems?’, by looking at how a random piece of an organism, shapes itself back into a whole animal with genetically determined proportions. We are also looking to answer questions like, ‘What is the origin of proportions? Why do the worms have a certain length vs a certain width? How do the worms sense their size? etc.’. In a sense, we do basic research to generate fundamental insights on which further science can be built.

Q: You have worked at many different research institutes and not long ago moved from Max Planck, Dresden to Max Planck, Gottingen. So, what according to your experience is important for researchers when choosing an institute to be associated with?

JR: I will focus here on my experience during my time at Max Planck, Dresden. I really appreciated the culture that has developed and has been nurtured at Dresden- that is of theorists and biologists working together. Because of this culture, biologists have learnt to explain their research to theorists in a language they can understand and vice versa. A set-up like this gives opportunities for exchange of ideas and collaborations to develop. Also important for me is flat hierarchies or absence of hierarchies, as it allows people to really talk and interact with each other. I believe that when people interact freely, it leads to percolation of ideas. We need percolation of ideas to make progress in our work and to come up with new ideas. The breadth of my research was only possible because of different facilities in Dresden, where there was genome sequencing, antibody research and theory. So basically, the need is for an environment that enables you to ask questions based on where the biology takes you, rather than having to specialize only in one thing.

Q: How was your experience being a part of the ICTP-ICTS winter school?

JR: Unfortunately, I have seen very little of it because I essentially spent the last three days in my room preparing for my lectures. Very unfortunate. Although, I am a great fan of the campus architecture and there is hardly any disturbance here. Also, I have a long-standing collaboration with NCBS and InStem. So, I consider myself a great fan of the Bangalore science scene.

The image is of different species of  planarians. 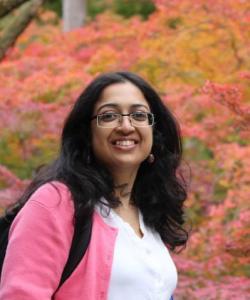