The fourth edition of the Bangalore School on Population Genetics and Evolution was held at ICTS between 27 January and 07 February 2020. The program was initiated by Prof. Kavita Jain (Jawaharlal Nehru Centre for Advanced Scientific Research, Bengaluru) in 2014 along with Dr. Deepa Agashe (National Centre for Biological Sciences, Bengaluru), to build a new and young guild of exceptionally skilled scientists. “In India, Evolutionary biology and population genetics at undergraduate and masters level is not yet on par with the courses offered in universities and institutes abroad”, said Dr. Agashe. Topics were chosen keeping in mind the trends in research and the interests of the Indian scientific community. “The focus of this program is to expose young and early researchers in physics, mathematics and biology to interestingquestions in population genetics and evolutionary biology”, added Prof. Jain. Eminent scientists practicing cutting edge research, were invited to deliver lectures and tutorials on both basic and advanced concepts in evolutionary biology such as rapid microbial adaptation, evolution of complex traits, liability and evolution of genetic systems. 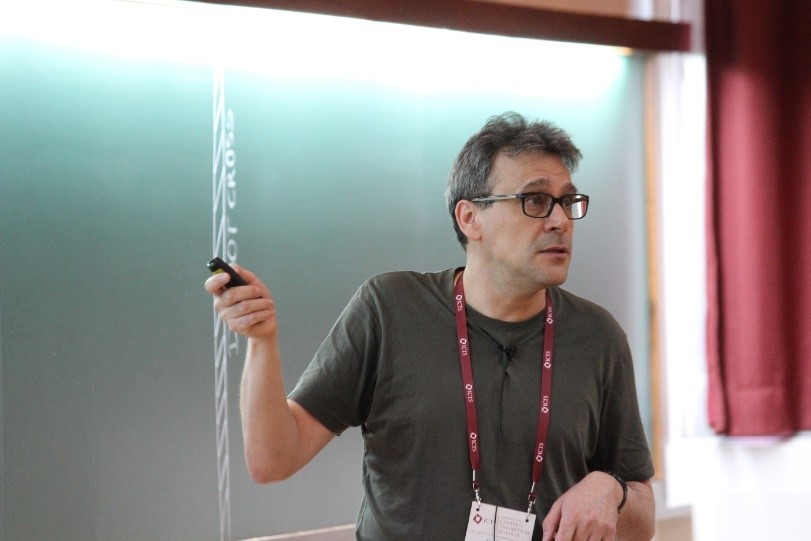 Prof. Lindi Wahl (Western University, USA), in her lectures addressed the fundamental processes in population genetics and evolutionary biology, illustrating them using mathematical modelling. Wahl introduced the participants to concepts of probability generating functions in the context of mathematical biology and techniques to calculate extinction or fixation probabilities from branching processes. She also demonstrated the stepwise derivation of mathematical formalism of continuous time probability generating functions, diffusion approximations and deterministic and stochastic models on virus transmission. 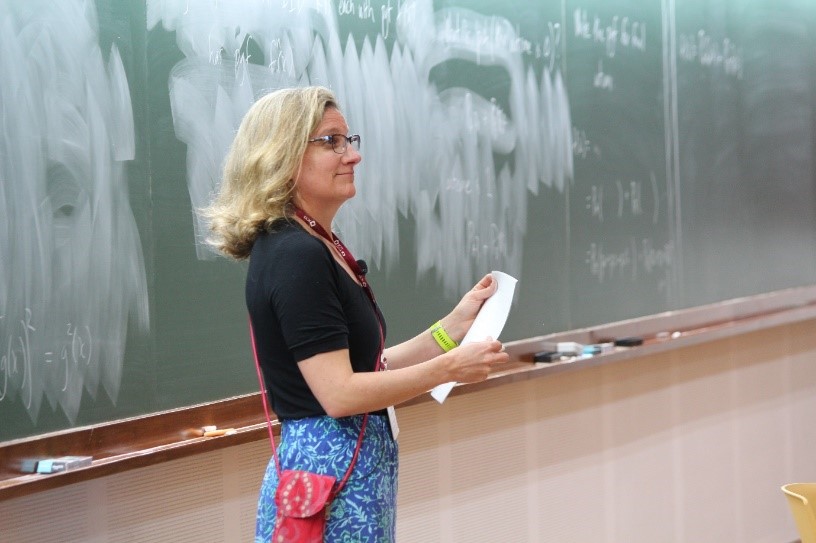 Prof. Aneil Agrawal’s (University of Toronto, Canada) lectures focussed on basic concepts in probability theory and population genetics, using them to derive results such as expected nucleotide diversity, time to most recent common ancestor etc. By building an intuition for timescale as a function of population size, Agrawal showed how empirical sequence data can be used to match theory. He concluded his lectures by sharing with the participants, his research on investigating signals of intra-locus sexual conflict in nature.

Prof. Chris Marx (University of Idaho, USA) in his lectures directed the participants to look at epistasis through the lens of metabolic pathways in a cell. He spoke in detail on the theory on epistatic interactions and outcomes, connecting them to by-products of a chemical reaction in the cell- a process mediated by different enzymes. Marx’s lectures also helped understand the outcomes of the experimental evolution of bacteria in response to stress, by using mathematical modelling to infer the parameters involved in the process. 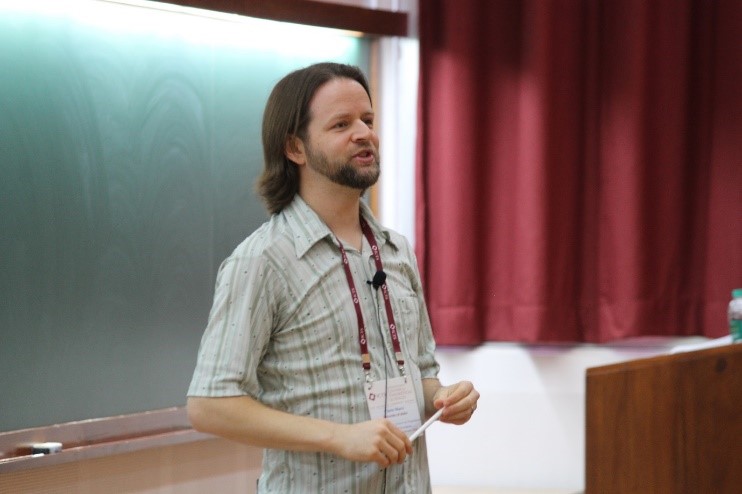 Picture 4: Prof. Chris Marx (University of Idaho, USA) showed participants a different perspective of looking at epistasis, through the lens of metabolic pathways in a cell. © ICTS-TIFR

Prof. Christian Schlötterer (University of Veterinary Medicine, Vienna, Austria) uses experimental approach to study evolution. In his lectures, he presented the advantages of experimental evolutionary studies using examples from his own research and studies by other scientists. Using fruit flies (Drosophila melanogaster) as an example, he explained evolution of learning, polygenic adaptations, and adaption to environmental factors such as temperature. He also touched upon topics such as speciation, constraints of evolution and introduced concepts like studying evolution in digital organisms. 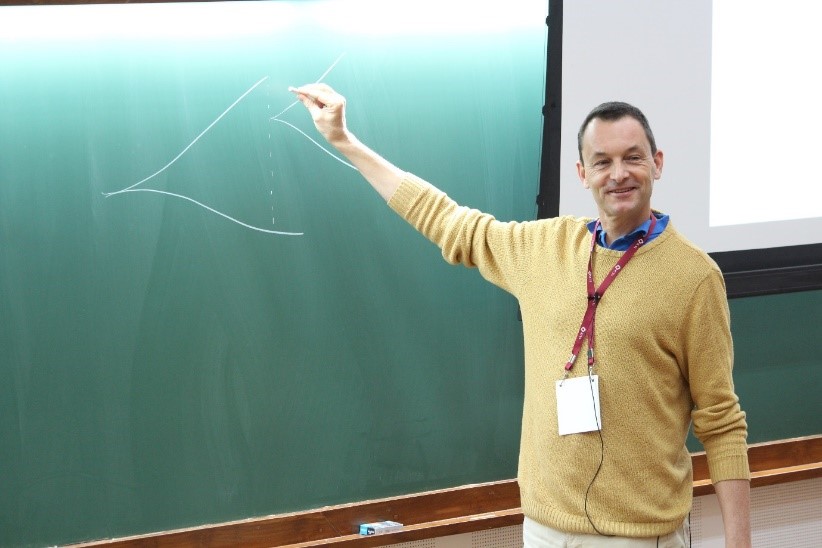 Prof. Vaishali Katju (Texas A&M University) works on experimental genetics using roundworms (Caenorhabditis elegans) as a model organism. In her tutorials, she introduced basic terms in genetics such as mutations, types of mutations, designing mutation accumulation experiments, challenges in studying mutations, the Mutation Melt-down Model etc. Through the course of her lectures, she explained gene duplication and its effects on evolution, in addition to concepts of nuclear and mitochondrial genome and its mutation through base substitutions, SNPs and indels. 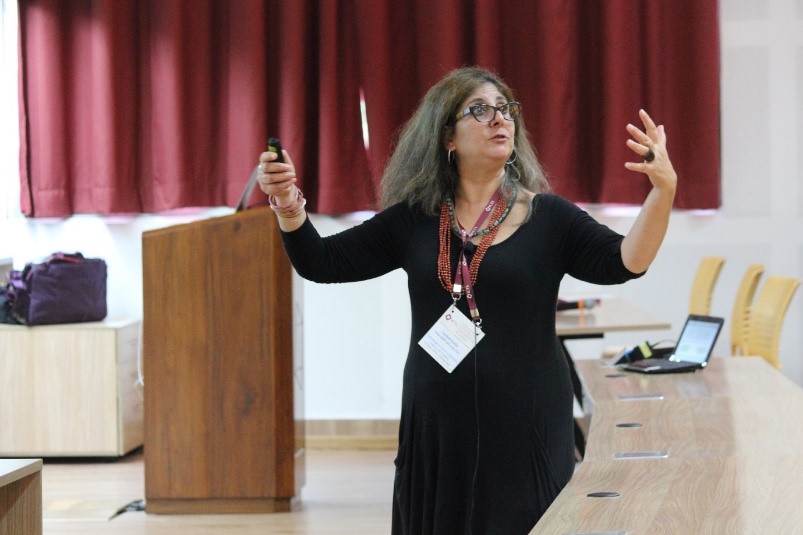 Around forty early career researchers and students from universities and institutes across India, participated in the School. The participants came with varying academic backgrounds including biology and mathematics. "The school did a wonderful job of building from the basics to cultivate an intuition for more complex questions in the field at the moment. The scenic ICTS campus and hospitable support staff helped foster a nourishing atmosphere for learning and inquiry. I would definitely recommend this school for aspiring graduate students in population genetics and evolutionary biology," said Vivaswat Shastry, a student participant from University of Wyoming, USA.