A two and a half week long workshop titled 'The Myriad Colorful Ways of Understanding QCD Matter' was recently held at ICTS-TIFR, Bengaluru. Organized by Dr. Ayan Mukhopadhyay (Indian Institute of Technology-Madras), Dr. Sayantan Sharma and Dr. Ravindran V. (Institute of Mathematical Sciences, Chennai), the workshop was held between April 1-17, 2019 and was aimed at PhD students and early career scientists.

The workshop was conducted with the broad aim of understanding the origin of mass of the visible matter in the universe. A large majority of this mass is believed to be created due to strong interactions between quarks and gluons- the fundamental particles, as described by Quantum Chromodynamics (QCD). This strong 'colored' interaction binds the quarks and the gluons, that carry color quantum numbers, to form hadrons or the visible matter that do not contain color. The principles that underly this mechanism are however among the unsolved mysteries in theoretical physics.

The workshop consisted of a series of pedagogic and special lectures, delivered by eminent scientists from prestigious institutions across the globe.

The workshop consisted of a series of pedagogic and special lectures, delivered by eminent scientists from prestigious institutions across the globe. The participants were exposed to diverse approaches to understand QCD matter, including a combination of different theoretical tools, crucial inputs from experimental data from particle colliders at CERN and sounds from the cosmos, originating from merging of neutron stars.

Dr. Micheal Spira from the Paul Scherrer Institute, Switzerland, in his lectures discussed how the QCD theory that was theorized in the 1970s, has through the years been tested in large collider experiments, including some of the ongoing projects at CERN. 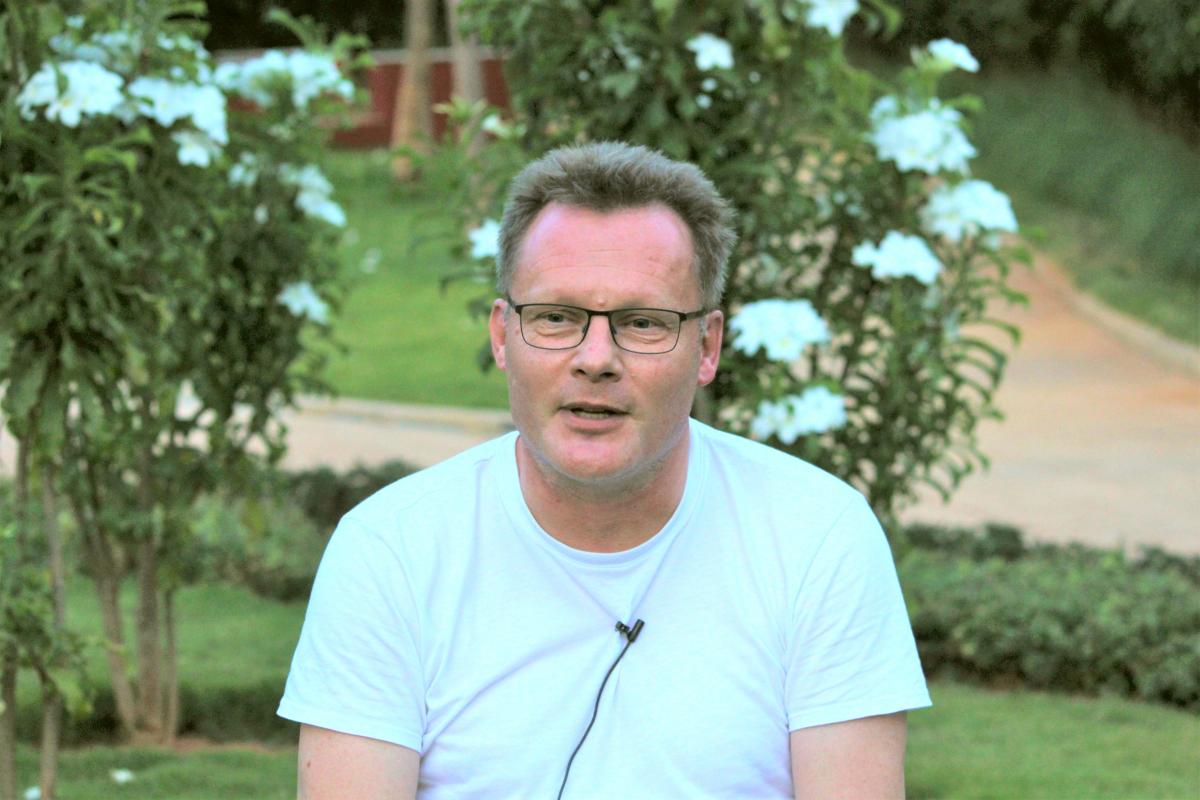 from the Paul Scherrer Institute, Switzerland, in his lectures discussed how the QCD theory that was theorized in the 1970s.

Quarks and gluons are believed to exist under extreme conditions at very high temperatures and densities. Such conditions naturally existed during the early stages of universe formation. Dr. Peter Petreczky from Brookhaven National Laboratory, USA, in his lectures spoke on the thermal properties of quarks and gluons, and how they evolved as the universe cooled down, to form colorless-bound states such as neutrons, protons and other hadrons. This phase transition phenomena in QCD is essentially due to very strong interactions among quarks and gluons. QCD in such strong interacting regime can at present be understood using lattice gauge theory, a topic that Petreczky introduced in his lectures. He also spoke on how scientists at CERN and and Brookhaven National Laboratory were recreating extreme conditions by colliding heavy ions with one another, while the theorists were using super-computers towards understanding the QCD phenomena better.

When heavy ions collide, a non-equilibrium state of densely occupied matter is created instantaneously in the intermediate collision zone. Dr. Raju Venugopalan of Brookhaven National Laboratory, USA, and Dr. Edmond Lancu, of Institut de Physique Theorique, France, in their lectures discussed how the formation and evolution of this extreme state of matter can be understood within the Color Glass Condensate effective field theory. Dr. Lancu also spoke about the phenomena of jet-quenching; a signal that indicates the formation of a thermal medium following the initial forceful collisions. 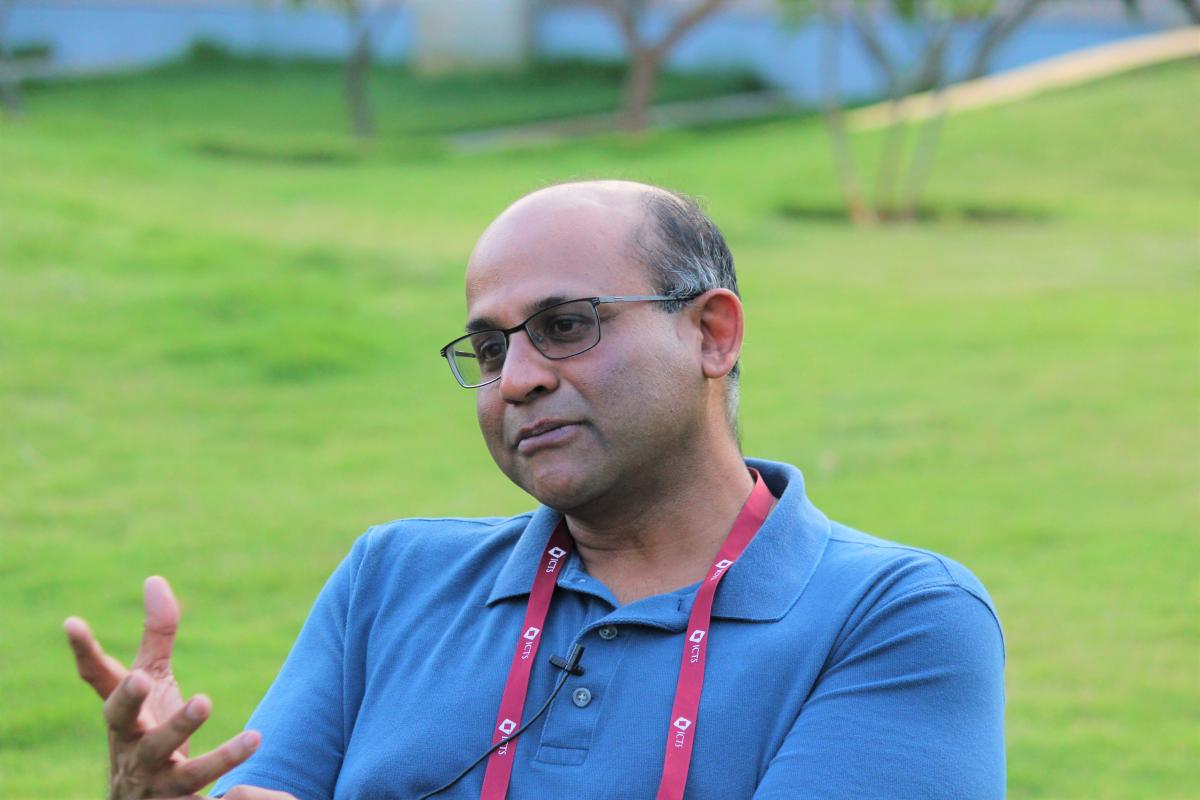 of Brookhaven National Laboratory, USA, discussed how the formation and evolution of this extreme state of matter can be understood within the Color Glass Condensate effective field theory.

When stable nuclei undergo collision, their constituents spill out, only to interact with each other and to eventually come into a state close to thermal equilibrium. This process is intricate as it involves complicated dynamics. Dr. Soeren Schlichting of Universität Bielefeld, Germany, mentioned in his set of lectures, how different stages in this enormously complicated phenomenon are now being understood by combining lattice techniques with other theoretical approaches. He also discussed the challenges and the new directions in this field of research.

The later stages of the evolution of the highly non-equilibrium QCD matter into a weakly interacting plasma of quarks and gluons, was the focus of the lectures by Dr. Aleski Kurkela of CERN, Switzerland. He introduced the basics of quantum kinetic theory to describe the dynamics of QCD matter when it is very close in its evolution from a non-equilibrium state to a state of thermal equilibrium. In his concluding lecture, Kurkela discussed how the recently discovered gravitational wave signals from merging neutron stars, had helped in advancing our knowledge of strongly interacting and dense QCD matter.

Prof. Anton Rebhan from the Institute of Theoretical Physics, Vienna Institute of Technology, Austria, in his lectures introduced the hard-thermal loop effective theory; a formalism that can explain many thermodynamic and transport properties of a plasma consisting of quarks and gluons when they are weakly interacting. 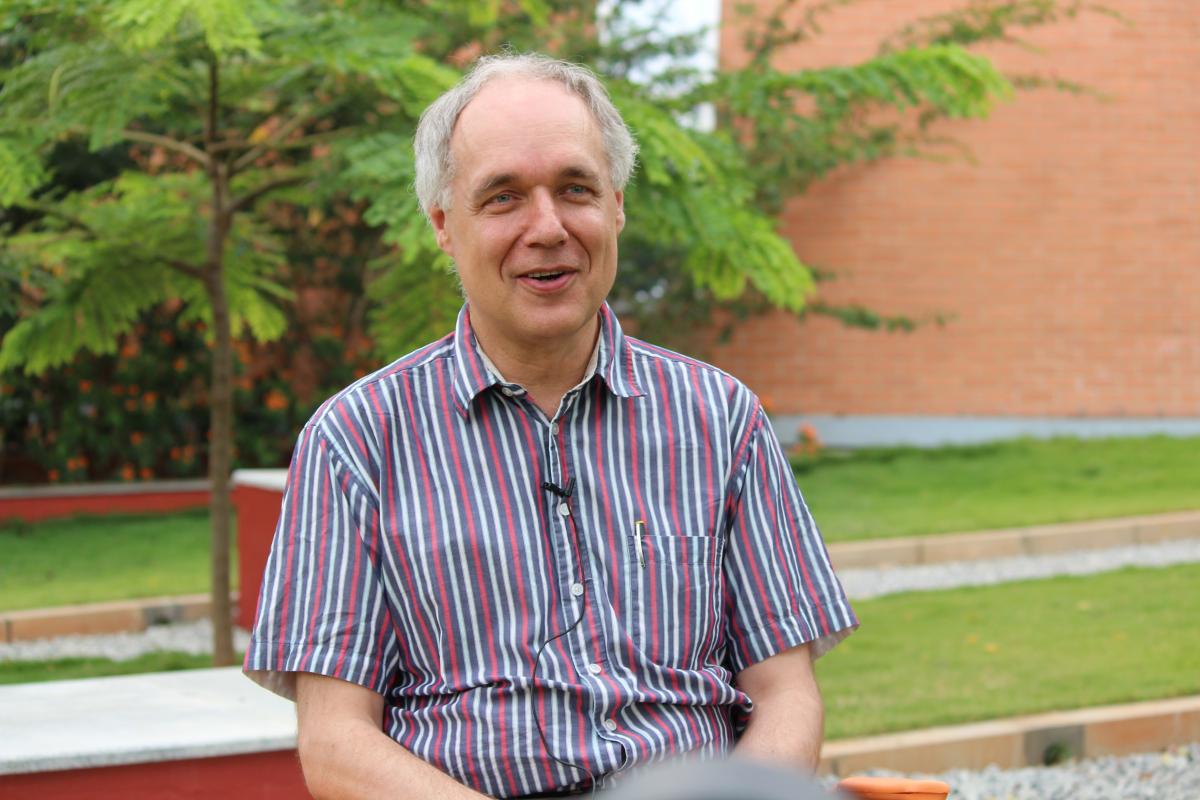 Dr. Johanna Erdmenger, a string theorist from University of Wuerzburg, Germany, spoke in her lectures about the basics of AdS-CFT correspondence, and how the insights may in turn add to our understanding of QCD matter. AdS/CFT is a mathematical conjecture that helps to calculate the dynamics of strongly interacting super-symmetric quantum field theories, which are solvable because they act as holograms of pure gravity theory, due to this powerful correspondence. 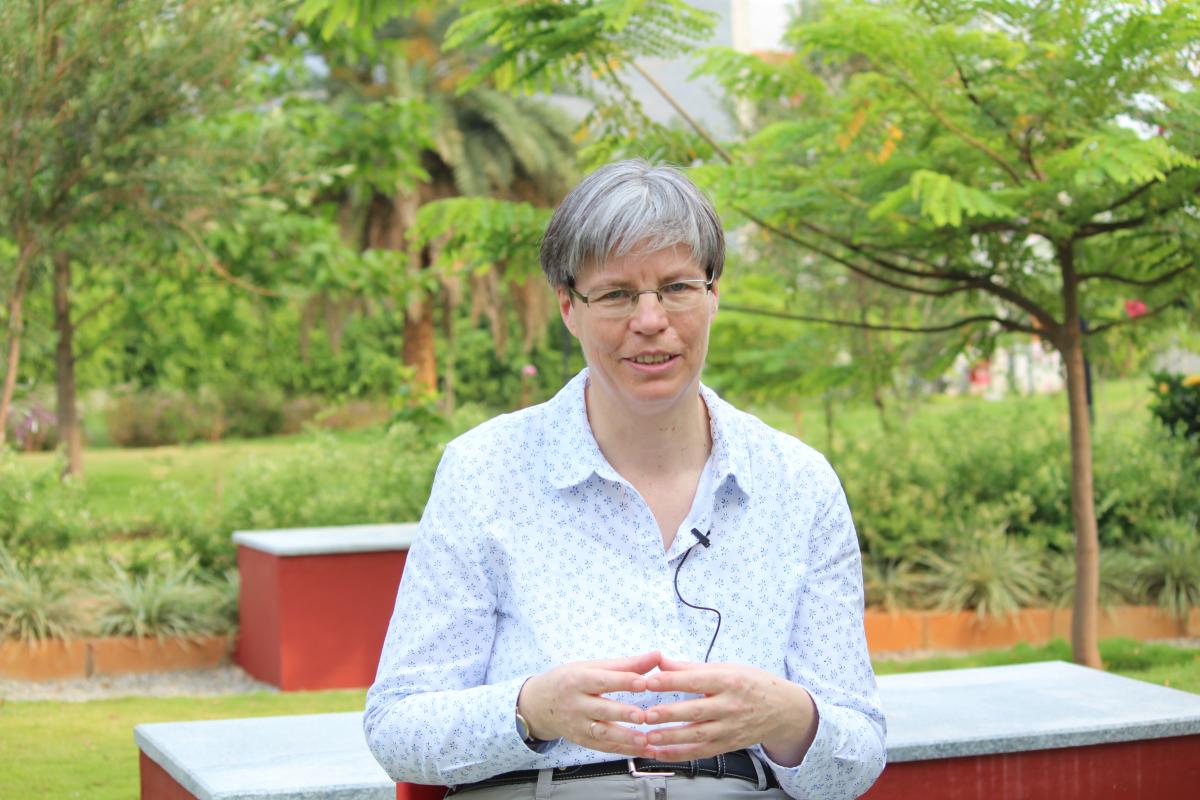 University of Wuerzburg, Germany, spoke about the basics of the famous AdS-CFT correspondence, and how the insights coming from it may in turn add to our understanding of QCD matter.

Seminars and workshops solely dedicated to recent developments and advances in QCD are not yet a frequent feature in Indian science. But with the success of this workshop, Dr. Sayantan Sharma and Dr. Ayan Mukhopadhyay have plans underway to organize a follow-up discussion meeting early next year.